DDF Busty presents: Rachele Richey is a blonde nympho from the United States of America. The boss is looking for a new secretary and invites Erik Everhard to a job interview this morning. When he shows up, the leggy hottie immediately gets wet between her thighs and can't resist seducing that good-looking and well-built stud. He enjoys staring at her enormous tits and imagines what it would feel like to cram his fac... show more

e with those big titties. A couple of minutes later, his wet dreams come true and he slides his cock up and down her pretty titties. The curvy blonde craves a hard-on and swallows his boner down her deep throat before giving him some face sitting. Erik licks her trimmed twat and enjoys her pussy juice running down his tongue before stuffing his thick dick up her vag. Rachele loves a hard and deep fuck, and lets him please her with a titty fuck. Check out those natural jugs and see his dong disappear between her 34D / 75E cans! The tattooed goddess shakes her hooters above his face while riding him and Erik fills her asshole with his long john before finally ejaculating his jizz all over her big natural tits! 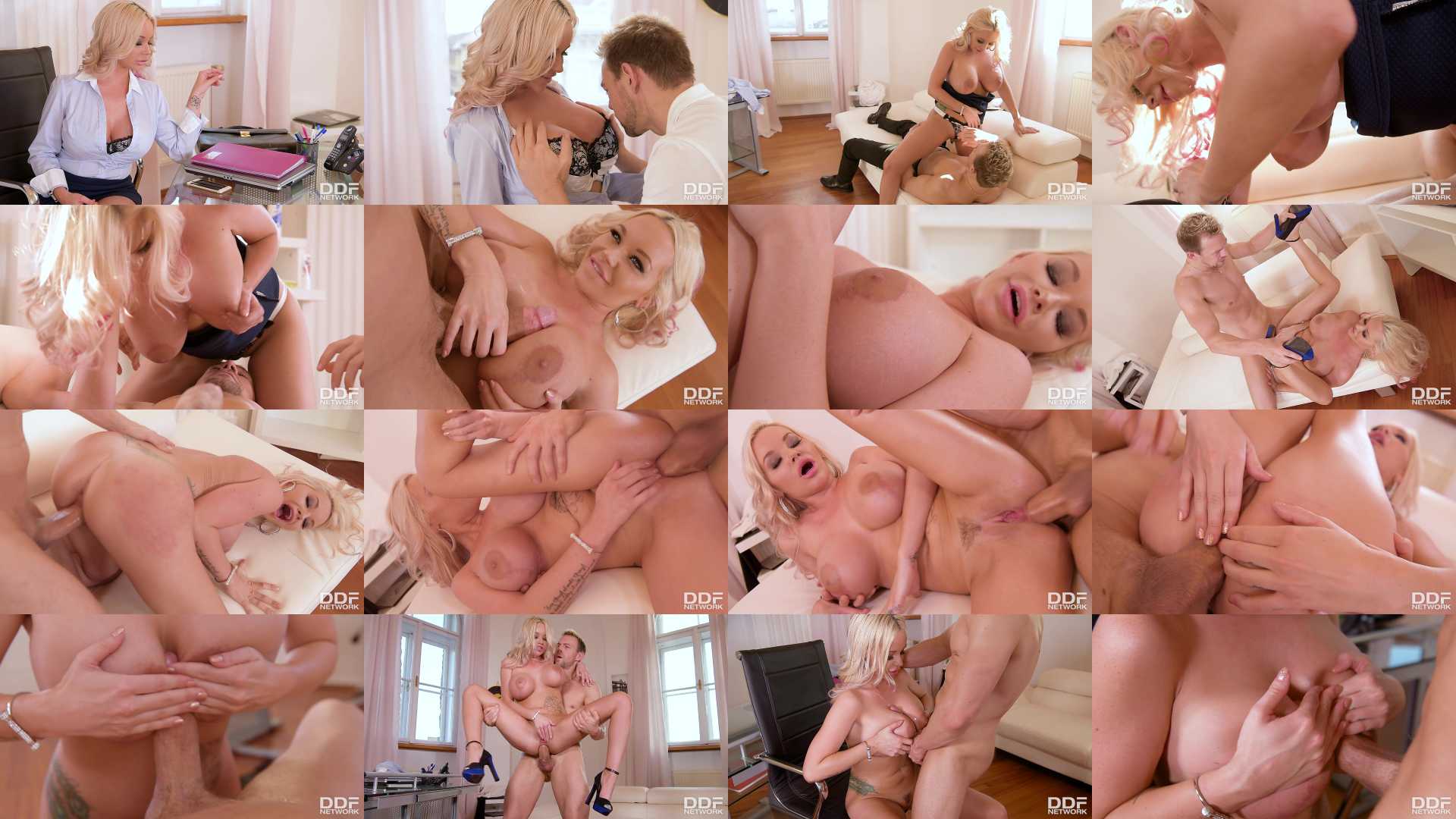