ge. The softcore scene heats up when Samanta grabs some soap and rubs her bit tits until covered in white foam. Could you imagine shooting this amount of sperm onto those gigantic 34DD / 75F hooters? Well, Samanta would love it because she can't survive a day without a cock between her two knockers. That's when she crams that shower head between her jugs and gives us a glimpse of her trimmed pussy before squeezing those bit tits with the silver shower head in between! Her titty twins keep shaking up and down under the shower and she enjoys some nipple play, before this softcore scene of foamy ecstasy comes to an end. 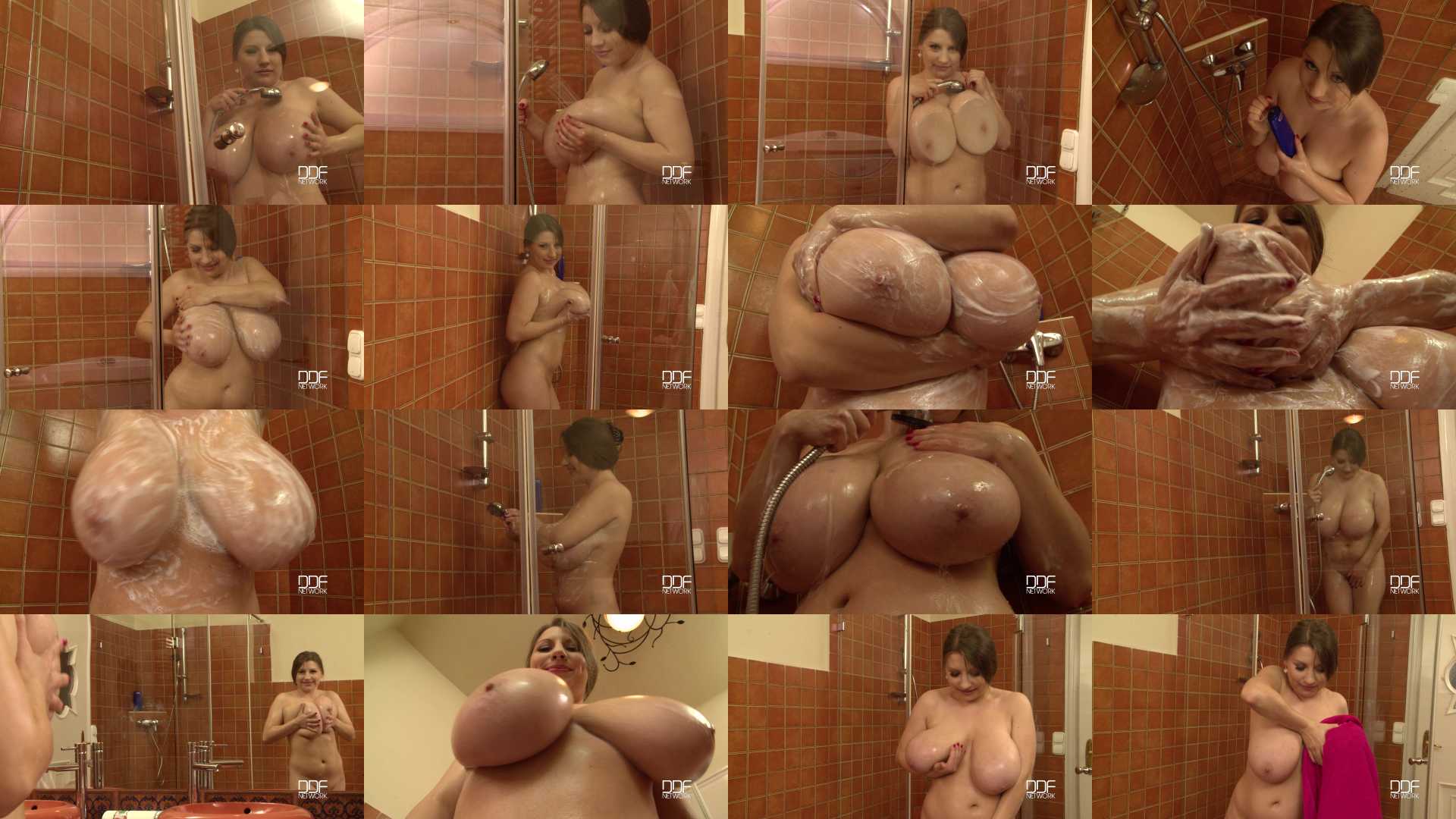