Cure Him With Cleavage

ng of some pain, but Dr. Darby makes a quick diagnosis and determines he just needs some cleavage therapy! Once his eyes glom onto the deep trench between her 34D titties, so excitingly presented in her lacy boulder-holder, Markus starts to feel better. Leigh nestles his face between her knobs, letting him lick and suck her nipples and then blowing his meat and rubbing it between her bells. After a little sixty-nine, he gets to suck more on her juggs while she jacks his johnson. Then Dr. Darby prescribes a full-on bang in her pussy and some more cleavage-plowing thrown in for good measure. The compassionate physician rides Markus's cock on the exam table before finally giving her already vastly improved patient the ultimate cure: a chance to unload his dangerously built-up semen levels all over her rack! Yes, he just had too much pent-up cream in his body and it was causing him discomfort!! Looks like Darbycare is a winner all the way. 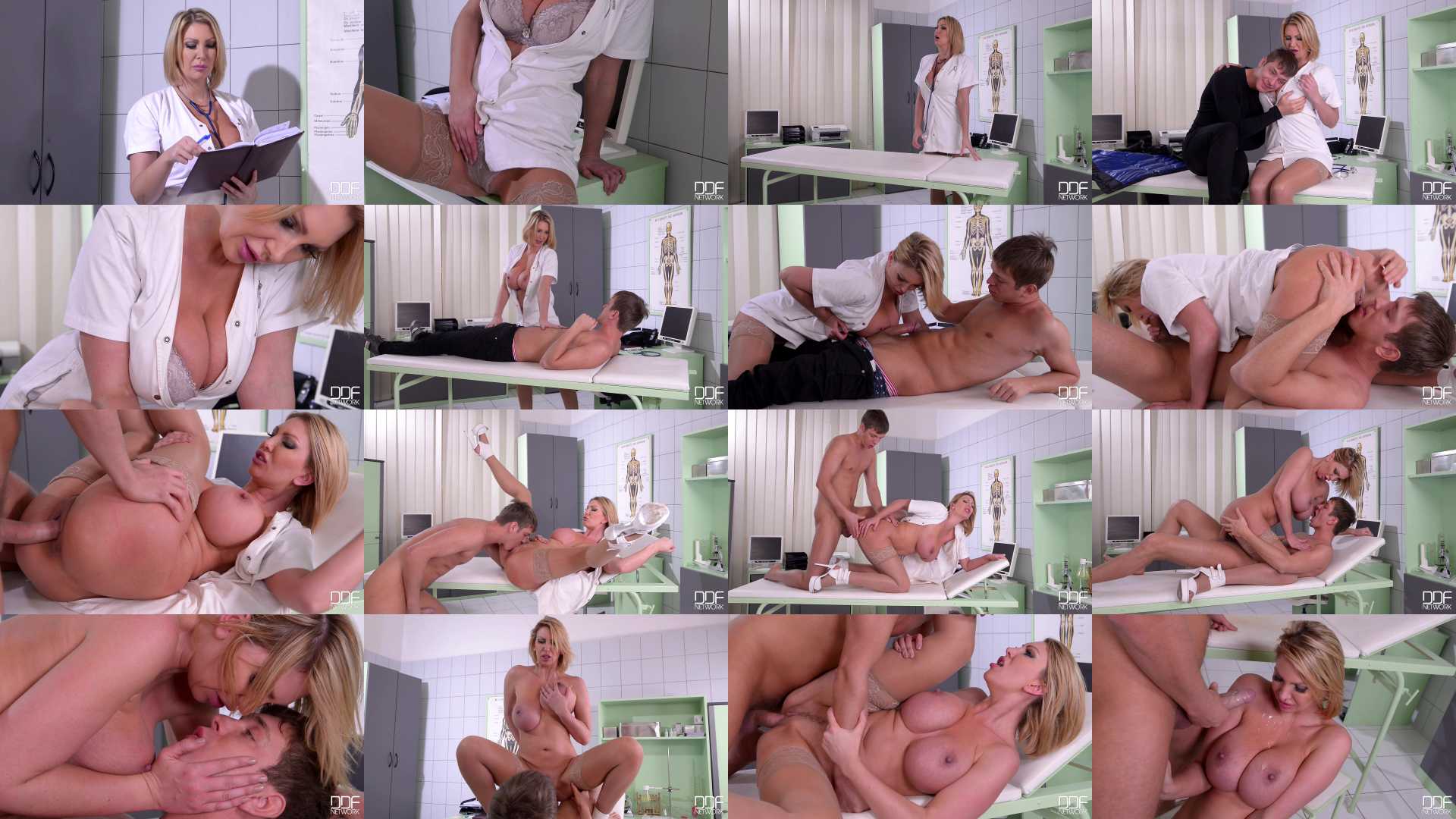