DDF Busty presents: Kira Queen is certainly a lucky masseuse as she sees her new client Sheila Grant enter and disrobe. Of course we have to add that Sheila would be equally lucky if the roles were reversed!! And, not surprisingly, they WILL be reversed in short order... It's a short step for Kira from kneading Sheila's 36D beauties to bending over and kissing her neck. Quickly Sheila is sitting up as her body g... show more 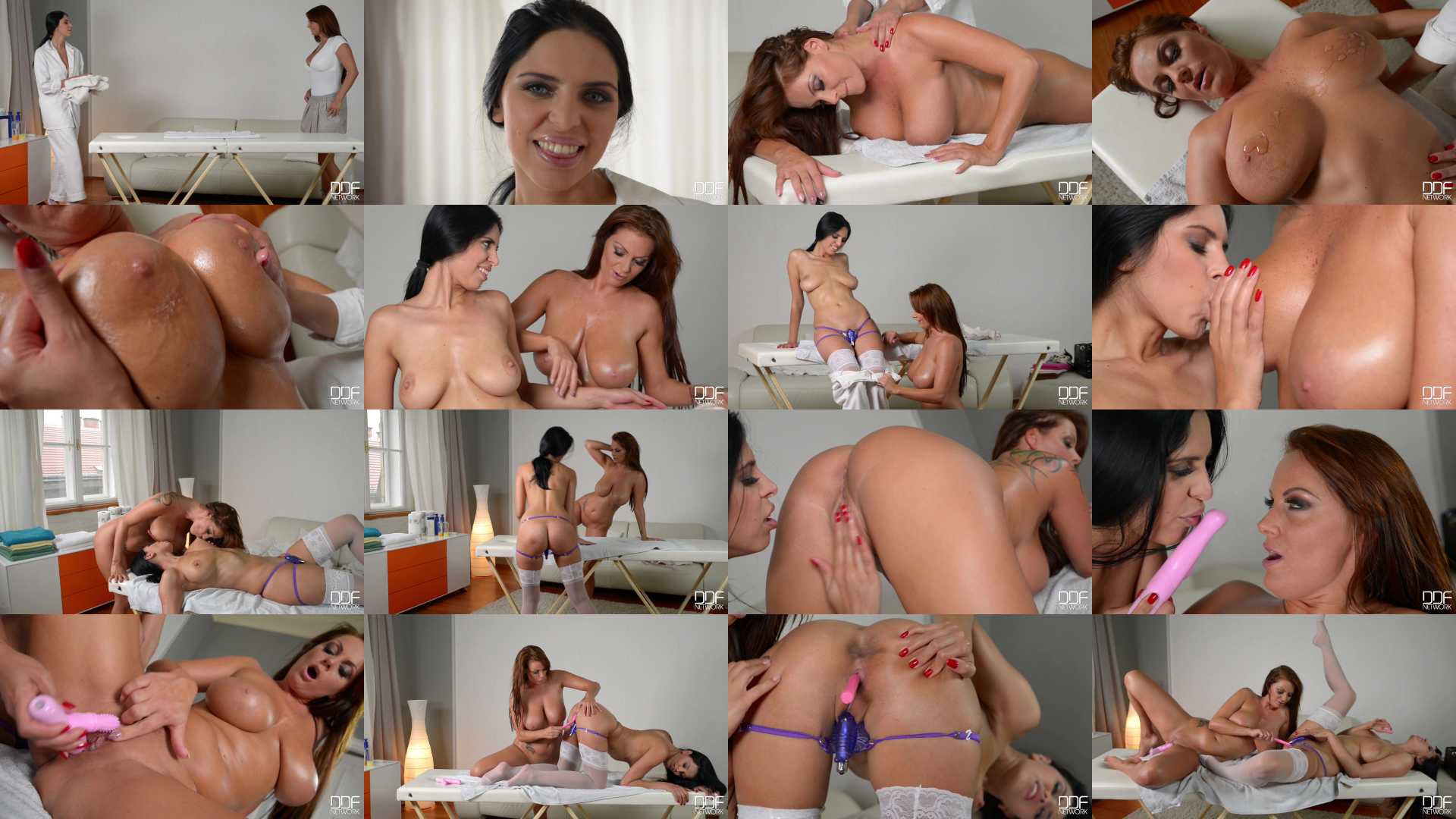