DDF Busty presents: Howdy pardners...we're here to tell you about The Outlaw Lucie Wilde...run outta Titless Gulch, Arizona ‘cause all them schoolmarms and nose-in-the-air 'fine' ladies didn't want to have a filly as stacked as Lucie around to distract their menfolk from chores and church and posses and cow herding and such... Yep, them harpies made Lucie an outlaw...drove her into the desert with nothing but t... show more

he lacy boulder holder on her 32F wonder-whammies and the rest of her purty duds...now Lucie is all alone in her hiding place near an abandoned mine...all tasty-like but with no gentlemen callers to pay her bazooms the attention they deserve...but Lucie won't fret, she'll take care of herself until some brave stranger comes a-knockin'... Yessir, Lucie may be solo on the lam but she's got her weapon in the war against her fate...she ain't gonna be sexshully frustrated none...not when she's got a flesh-colored doohickey she done ordered by mail from some newfangled company down Chicago way... So stop by, brothers, and show The Outlaw Lucie Wilde that you care, and that you're gonna saddle up and find her...not to bring her back to Titless Gulch (‘cause who in tarnation would wanna go back THERE??) but to deliver her to a place I like to call 'Satisfaction Junction'--if you get mah drift, gentlemen, and I'm damn sure you do!! 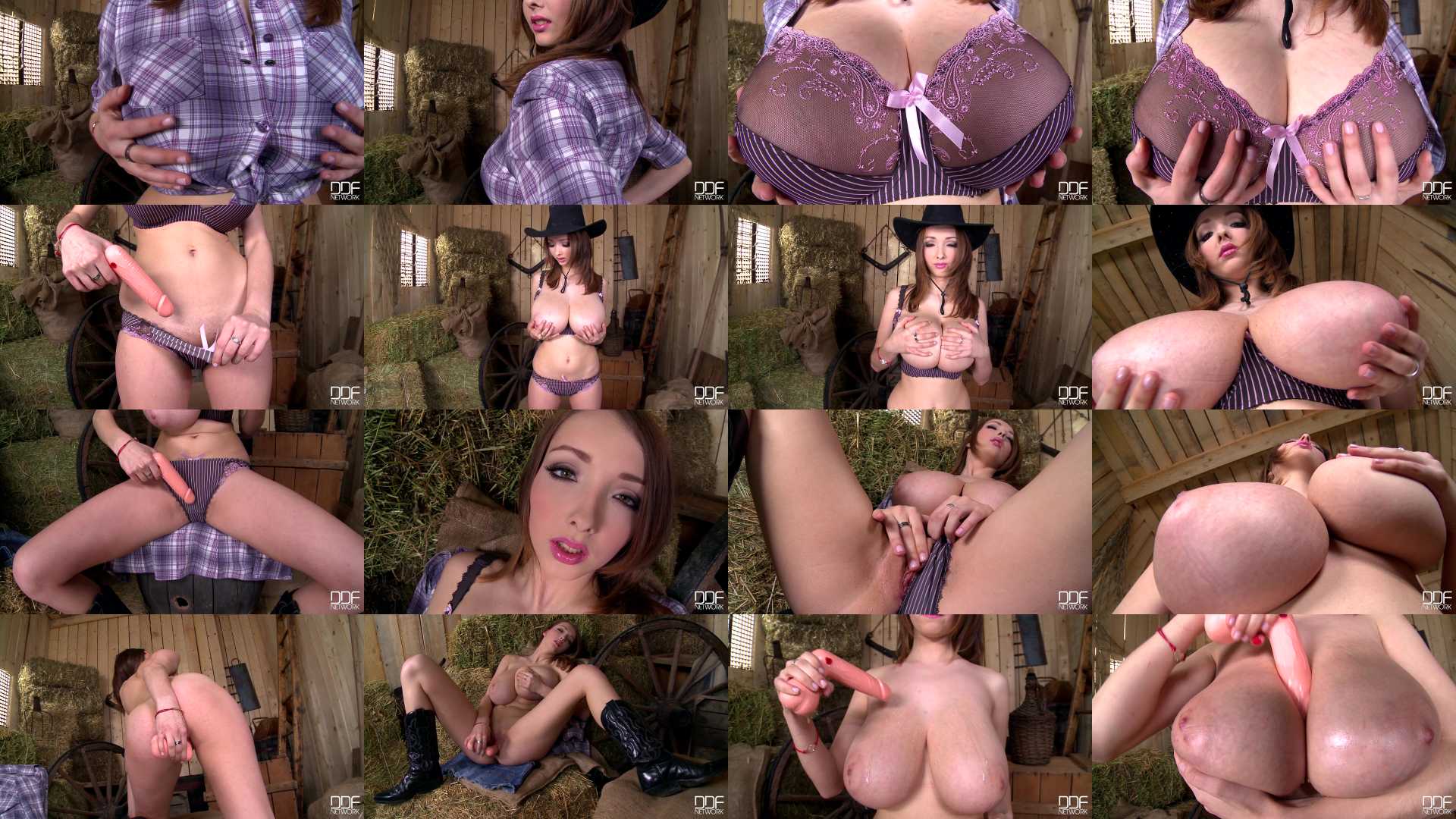